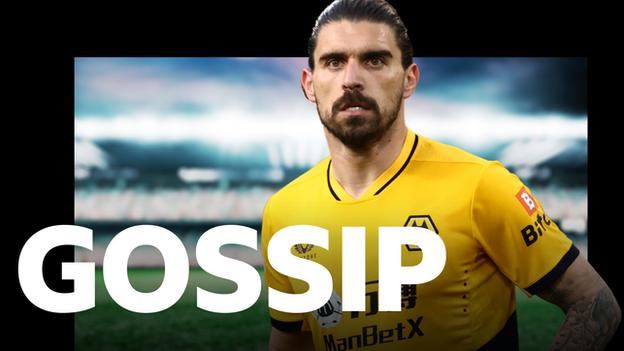 Manchester United are on the verge of making a final push to sign Wolves’ Portuguese forward Ruben Neves, 25, although they face competition from Barcelona. (Sun)

The Red Devils fear being priced out of a move for Darwin Nunez with Benfica having told United it will cost them about £100m to sign the 22-year-old Uruguay international. (Star)

Chelsea are expected to target defenders with their rumoured £200m transfer budget, with four set to leave the club this summer. They could rival Manchester City and Tottenham for Brighton and Spain’s £45m-rated left-back Marc Cucurella, 23, while RB Leipzig’s French winger Christopher Nkunku, 24, is another target. (Sun)

Liverpool will receive around £25m for the transfer of Sadio Mane to Bayern Munich, with the Senegal striker, 30, being lined up to replace Robert Lewandowski. (L’Equipe – in French)

Aston Villa are exploring the possibility of signing Luis Suarez, 35, who is a free agent after being released by Atletico Madrid. The Uruguay forward is a former team-mate of Villa boss Steven Gerrard. (Telegraph – subscription required)

Paris St-Germain have made Neymar, 30, available for transfer this summer. The Brazil international joined the French club for a world record 222m euros (£200m) in 2017 but has seen his appearances limited by recurring injuries. (ESPN)

The Ligue 1 champions have been offered Arsenal and Ivory Coast winger Nicolas Pepe, 26, by the north London club. (Foot Mercato – in French)

Burnley and Ivory Coast forward Maxwel Cornet, 25, is attracting huge interest after a £17.5m clause in his contract was triggered by the club’s relegation to the Championship. West Ham are interested as David Moyes looks to bolster his squad ahead of another European campaign while Newcastle, Brighton, Everton, Wolves, Crystal Palace, Leicester and Fulham have also contacted Cornet’s representatives. (90min)

Newcastle want to add Bayer Leverkusen winger Moussa Diaby, 22, to their attack next season and have made enquiries over a deal for the France international. (Telegraph – subscription required)

Gabriel Jesus’ agent, Marcelo Pettinati, has claimed talks will progress over the Manchester City and Brazil forward’s future after the international break in June amid rumours linking the 25-year-old with a move to Arsenal and Tottenham. (Mirror)

The Gunners’ hunt for a striker is between Jesus and Spanish striker Alvaro Morata, 29, who spent this season on loan at Italian club Juventus from Atletico Madrid. (Mirror)

Atletico Madrid have turned down the chance to sign Gareth Bale and Angel di Maria this summer. Welsh forward Bale, 32, is set to leave Real Madrid when his contract expires in June, while Argentine winger Di Maria, 34, is leaving Paris St-Germain on a free transfer. (ESPN)

However, Chelsea are hopeful that a bid in the region of £42 million with the possibility of add-ons will be enough to land the Frenchman. (Telegraph – subscription required)

Croatian midfielder Ivan Perisic, 33, has agreed terms on a two-year deal with Tottenham, with sources close to the Inter Milan player believing the London club will beat both Chelsea and Juventus to his signature. (Independent)

Roma are willing to offer a new contract to England forward Tammy Abraham, 24, with Arsenal, Newcastle and Aston Villa all asking about his availability. (90min)

Serie A runners-up Inter Milan are demanding in excess of £20m for 24-year-old Italian left-back Federico Dimarco, who is a target for Arsenal. (Sun)

However, Arsenal are set to be challenged by north London rivals Tottenham for Middlesbrough’s English right-back Djed Spence, 21, who spent this season on loan at Nottingham Forest. (Sun)

Newcastle and Leeds are hoping to sign defender Nathan Collins, 21, from Burnley, with the Clarets facing a battle to keep hold of their Republic of Ireland international following relegation from the Premier League. (Football Insider)

Newcastle could beat Everton and West Ham to another Burnley player in James Tarkowski, 29, with the England defender out of contract at the end of June. (Football Insider)

Crystal Palace are in advanced talks over a move for England goalkeeper Sam Johnstone. The 29-year-old is a free agent after leaving West Brom and has been interesting former club Manchester United and Tottenham in recent months. (Mail)

West Ham are not looking to sell the Czech Republic midfielder Tomas Soucek, 27, this summer amid reports they were listening to offers for him. (Sky Sports)

Chelsea are facing a decision on their talented 19-year-old English defender Levi Colwill – currently on loan at Huddersfield – as Arsenal, Leicester and several other Premier League clubs have made inquiries over a summer move. (Goal) 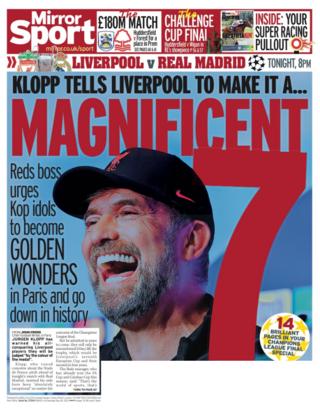