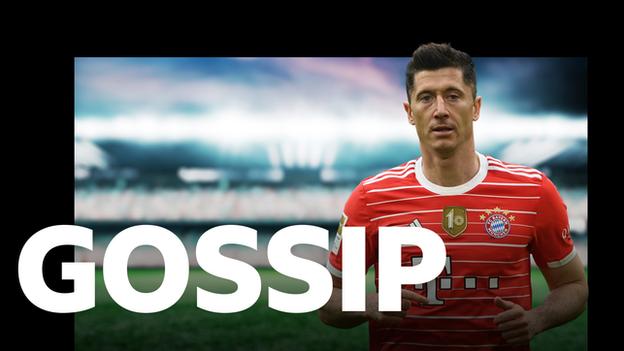 Barcelona coach Xavi has confirmed they are in talks to sign 33-year-old Bayern Munich and Poland striker Robert Lewandowski. (Goal)

Paris St-Germain are preparing one final offer for Paul Pogba but Juventus are confident the France midfielder, 29, will join them on a three-year deal worth close to £10m a season when his Manchester United contract expires this summer. (Mail)

Arsenal have had a £76m bid for Nigeria striker Victor Osimhen, 23, rejected by Napoli. (Calciomercato – in Italian)

Everton are plotting a move for Chelsea’s England Under-21 centre-back Levi Colwill, 19, who has spent this season on loan at Huddersfield. (Sun)

Tottenham had scouts watching Serbia winger Filip Kostic as he helped Eintracht Frankfurt win the Europa League this week, and Spurs are now readying a summer bid for the 29-year-old, who is valued at £25m. (Express)

Real Madrid will make signing France midfielder Aurelien Tchouameni, 22, from Monaco a priority after they missed out on Mbappe. (Marca)

Liverpool will offer Sadio Mane a contract extension but have no plans to hand a major pay rise to the 30-year-old Senegal forward, who has one year left on his current deal. (Football Insider)

Manchester United are aiming to wipe £80m off their annual wage bill this summer. (Star)

Fulham are also closing in on the signing of Albania goalkeeper Thomas Strakosha, 27, from Lazio. (Gianluca di Marzio)

West Ham are stepping up their bid to sign 24-year-old Nigeria striker Emmanuel Dennis, who has just been relegated with Watford. (Football Insider)

Tottenham want to bring in 34-year-old England keeper Fraser Forster, whose contract at Southampton runs out at the end of the season, as back up for France international Hugo Lloris, 35. (Athletic – subscription required)

Newcastle United were linked with a move for French striker Hugo Ekitike in January but the 19-year-old says the “timing wasn’t right” to leave Reims during the mid-season transfer window. (L’Equipe, via Teamtalk)

Italy centre-back Giorgio Chiellini is in talks with Los Angeles FC over joining the MLS club on a free transfer when the 37-year-old leaves Juventus this summer. (Goal)

Representatives of Sheffield Wednesday midfielder Josh Windass are set for a meeting with officials of Argentine side Club Atletico Talleres, who are managed by his former boss at Rangers Pedro Caixinha, over a summer move for the 28-year-old Englishman. (Cesar Luis Merlo, Twitter)

Real Madrid boss Carlo Ancelotti says former Spain midfielder Isco, 30, will leave the club when his contract expires at the end of the season. (Mail) 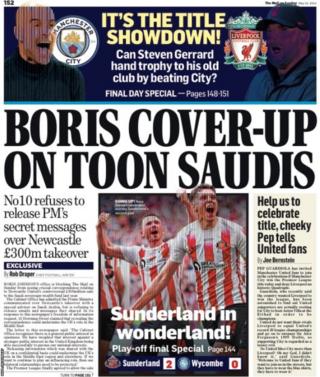 Main sport page of the Mail on Sunday