Master P
No One Should Be In Jail For Marijuana
… Weed Like Them Freed!!! 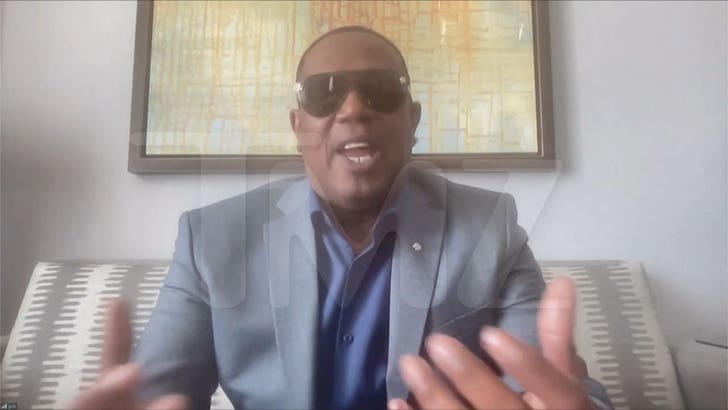 Master P says no one should be behind bars for low-level marijuana offenses, and he’s not just blowing smoke … he’s actively trying to get people freed from prisons across the U.S.

The music icon joined us on “TMZ Live” Thursday and told us about his upcoming benefit concert for Friday’s “Cannabis Freedom Day” … and why more states need to change their drug laws.

Master P says there are way too many people locked up for possession of as little as $5 to $100 worth of pot — in his home state of Louisiana and elsewhere — and he says it’s unfair and is wreaking havoc on entire communities.

Waiting for your permission to load the Instagram Media.

Master P says he wants to put more pressure on states, like Louisiana, to follow California’s lead and release people incarcerated for cannabis convictions while changing laws in the process. There have been over 60,000 people released in Cali, and with weed becoming decriminalized in 34 states, Master P wants to see more offenders get a second chance.

But, Master P says folks who are getting out from behind bars are still having a tough time finding jobs … and he tells us why he wants to see more Black faces in the legal marijuana industry.