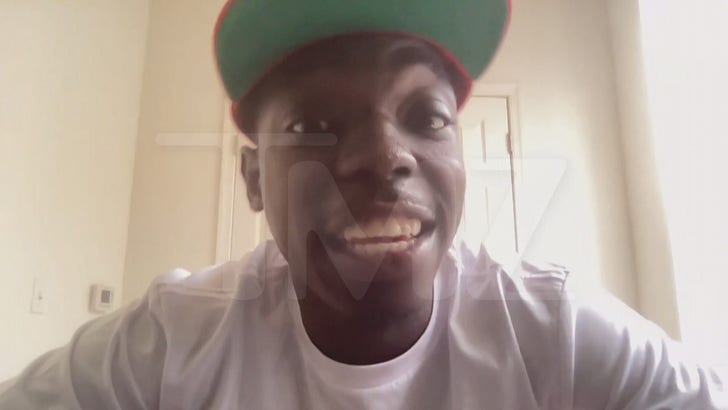 Bobby Shmurda is dancing for joy … literally, now that the New York State Senate has signed off on the “Rap Music on Trial” bill.

The newly proposed law prevents cops and prosecutors from using rappers’ lyrics against them in court cases. The bill has been championed by the likes of Jay-Z, Killer Mike, Fat Joe, Kelly Rowland and several other artists.

Although the new law would be too little too late for Bobby — he served 6 years in prison for weapons possession — the topic hits close to home for him. The lyrics of his big 2014 hit record “Hot N***a” made him a target for law enforcement.

While Bobby is excited for things to come, he really hopes to see the rest of the country adopt similar measures … especially in Georgia, where Young Thug, Gunna and 26 other YSL members are fighting RICO gang charges.

Legal matters aside, Bobby’s extremely hyped — you really gotta see his energy — about having a lock on hip hop this summer. He doubled down on what he’d previously promised during a chat with the “TMZ Hip Hop” crew.

His new visual for “They Don’t Know” is out now and his EP that’s dropping next month will feature his GS9 Records brother, Rowdy Rebel. On top of that, he has an LP coming later in the summer.

Bobby famously took more prison time to lessen Rowdy’s sentence during the same RICO case … so it’s safe to say they have a huge collab tucked in the vault.