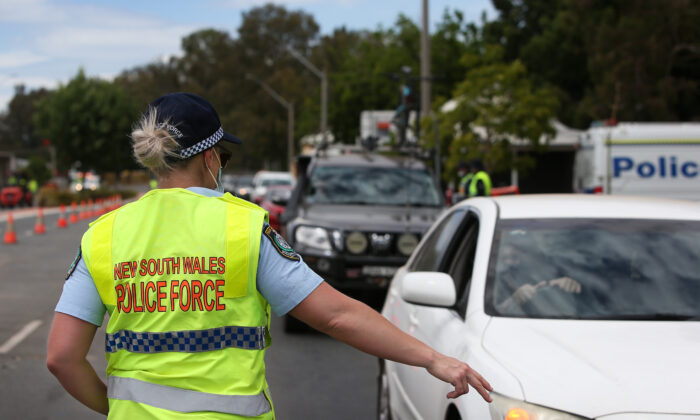 Police in the Australian state of New South Wales can now search the homes, cars, planes and boats of convicted drug dealers without a warrant as part of the crackdown on Sydney criminal gangs involved in public executions and turf wars.

Police Minister Paul Toole says the new powers are applicable to anyone who has been convicted of a serious drug offence in the past decade.

“Police are able to knock down doors, they’re able to actually deal with these convicted drug dealers without a warrant,” Toole said on Tuesday.

“It will send a very clear message to them that if you’re not considering a brand new path then expect to be harassed by our police for a very long time,” he told Sydney radio 2GB.

The new powers are being trialled in four areas: Bankstown in southwest Sydney, the Orana Command in the mid-west, the Hunter Valley, and the Coffs Harbour and Clarence Police Districts in the north.

Toole said the tactic aimed to send a message to the gangs embroiled in a deadly cycle of retaliatory violence playing out across west and southwest Sydney over drug territory, which has claimed 13 victims in the past 18 months.

Police are under pressure to curb the escalating gang turf war in Sydney and announced on Monday Taskforce Erebus to examine the circumstances and links between fatal shootings as well as dozens of acts of violence and the supply of prohibited drugs, illicit firearms, car theft and various other criminal activity.

Labor’s police spokesman Walt Secord said the opposition supported the new police powers but lamented the fact the laws had passed in November 2020 – but had only just been enacted.

“Why have they sat on them for almost 18 months?” he asked on ABC Sydney radio.

“Yes they are tough laws but we have an extraordinary situation … we’ve had 13 homicides on city streets.

“That is absolutely unacceptable,” he said.