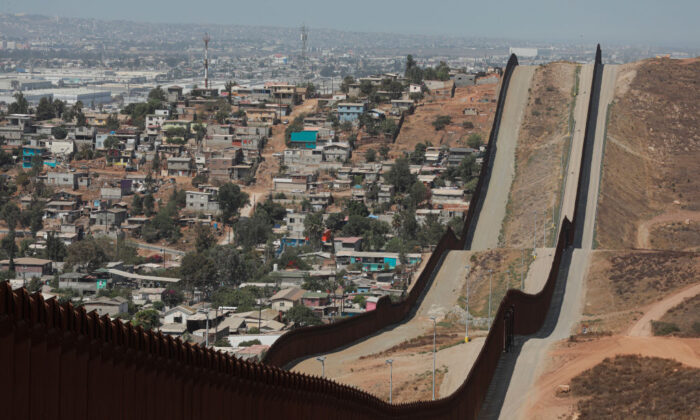 SAN DIEGO—Six people are facing federal charges in connection with allegedly trafficking drugs through an underground cross-border tunnel discovered over the weekend that stretches from Tijuana to a warehouse in Otay Mesa, the U.S. Attorney’s Office said Monday.

Officials say the 1,744-foot-long passageway was discovered on Friday during a Homeland Security Investigations operation into alleged drug smuggling.

The tunnel is the first discovered in the Southern District of California—which comprises San Diego and Imperial counties—since March of 2020, according to the U.S. Attorney’s Office.

Law enforcement allegedly discovered the tunnel after tailing two people on Friday when the pair left a National City home previously used as a stash house for cocaine smuggling.

The U.S. Attorney’s Office says that after following the two defendants from the home to the Otay Mesa warehouse, five other cars were stopped coming and going from either the National City home, the warehouse, or both.

In addition to arrests, law enforcement seized 1,762 pounds of cocaine, 164 pounds of methamphetamine, and 3.5 pounds of heroin.

A subsequent search of the warehouse revealed the underground tunnel, which officials said featured reinforced walls, a rail system, electricity, and a ventilation system.

The defendants, who were set to be arraigned on Monday in San Diego federal court, are the following: