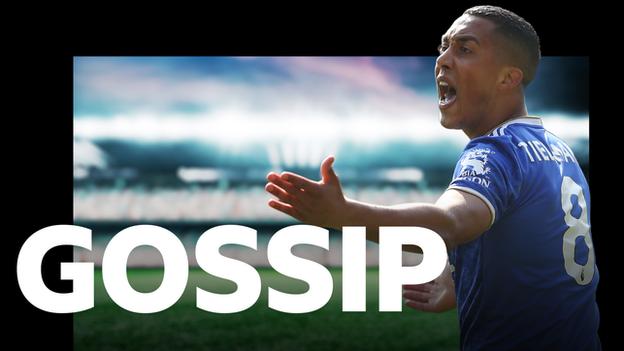 Arsenal are closing in on a £40m deal for Leicester’s Belgian midfielder Youri Tielemans but Real Madrid are ready to move for the 25-year-old if the Gunners fail to qualify for the Champions League. (Sun on Sunday)

Tottenham Hotspur are set to sign West Brom and England keeper Sam Johnstone after Manchester United decided not to go ahead with a move. (Sunday Mirror)

Tottenham have been given encouragement that Villarreal and Spain centre-back Pau Torres, 25, could be available for £10m below his release clause of £55m. (Football Insider)

Manchester United and France midfielder Paul Pogba has held talks with Juventus over a summer move back to Turin. (Football Transfers)

Brentford manager Thomas Frank is keen to have the long-term future of Danish striker Christian Eriksen, 30, decided before the end of the season. (Mail on Sunday)

West Ham are the new leaders in the race to sign Blackburn and Chile striker Ben Brereton Diaz, 23. (Sun on Sunday)

Interim manager Ralf Rangnick expects the Manchester United squad to be bolstered with the arrival of “six or eight new players” in the summer transfer window alongside the arrival of new boss Erik ten Hag. (Sunday Mirror)

Ajax and Argentina defender Nicolas Tagliafico, 29, is still set to leave the Dutch club in the summer, despite his contract running for another year. (Fabrizio Romano on Twitter)

Leeds United and England midfielder Kalvin Phillips, 26, says that he is fully concentrated on finishing the Premier League season with his boyhood club amid transfer links to the likes of Aston Villa and Manchester United this summer. (Manchester Evening News)

French winger Allan Saint-Maximin, 25, says he does not see himself leaving Newcastle this summer. (Goal)

Liverpool will look to give English defender Joe Gomez a new contract this summer despite ongoing speculation about the 24-year-old’s future at the club. (Liverpool Echo) 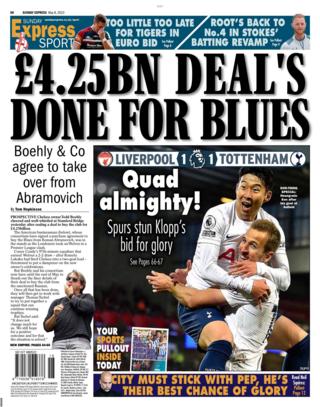